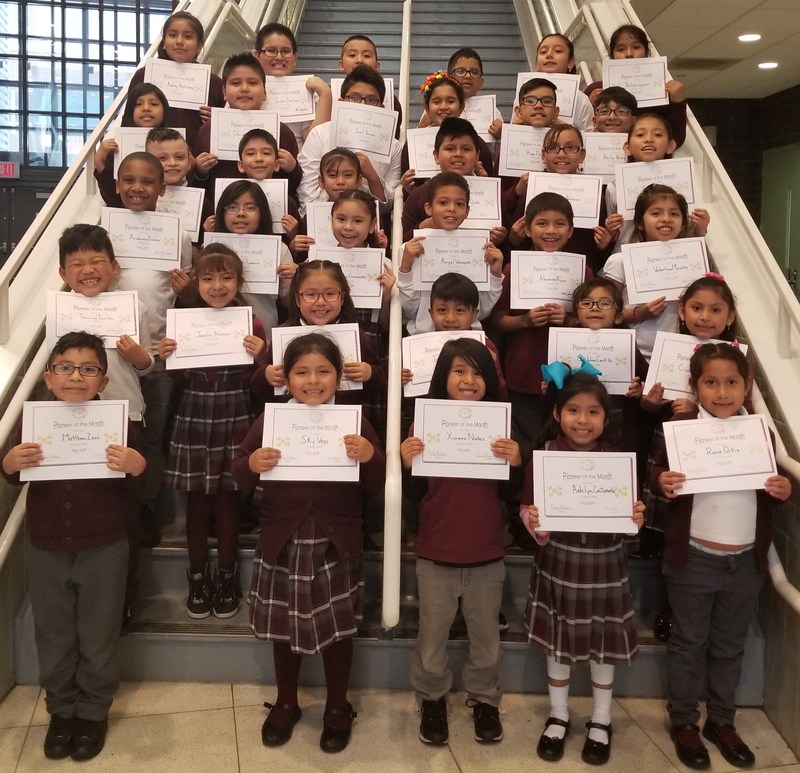 April Pioneers of the Month!

We are excited to announce our Pioneers of the Month for April!

NYSESLAT testing will be taking place Tuesday, May 8th through Thursday, May 10th.

The Pioneer Academy, Spring Sale will be held on Thursday, May 3rd & Wednesday May 4th

The New York State Math Exam will be held on Tuesday, May 1 & Wednesday, May 2

Queens Goes to Brooklyn for Chess!

Pioneers of the Month for March!

We are excited to announce the Pioneer of the Month for the month of March. Keeping reading to see who was chosen from each class!

On Thursday, March 29, the Pioneer Academy Community Service Team delivered all the toys that were so generously donated to a local Queens shelter. On behalf of the Pioneer Academy Community Service Learning Team, we would like to thank all our families and staff for supporting our first Toy Drive. Over 500 toys were collected & delivered! The staff and families at the shelter were extremely appreciative of our donations & are excited for our continued partnership.

On Friday, March 23rd, 5th grade scholars, a long with help from their teachers and parents, held the first 5th grade bake sale. Due to all their hard work it was a big success, completely selling out! All money raised will be used towards upcoming end-of-the-year 5th grade activities. Parents, thank you for your generosity with donating items to be sold at the bake sale.

Pioneer Academy Flies High at Chess in the Schools Tournament

On Saturday, March 24th the Pioneer Academy Chess Team competed in the 2018 CIS Mark Levine Chess Challenge. Despite being in fifth place heading into the final round, each member of the team was able to secure a victory in that last round. It was this perseverance that helped to propel them to winning first place in team competition! Notable performances were made by Daisy Reynoso and Kaylee Martinez who both won three out of four chess matches, each earning a medal for their performance. Playing in his first rated tournament, Bryan Rivera was able to go undefeated, winning four out of four chess matches, earning the first place trophy for and individual! Congratulations scholars on all your hard work and well deserved awards.

Chess in the Schools All Girls Tournament: March 3, 2018

On Saturday March 3, 2018 several members of the school's chess team participated in an "all girls" chess tournament hosted by Chess in the Schools in honor of National Women's History Month. Edita Anazco, Melanie Chauca, Lorena Hernandez, and Ducle Robles all received medals for winning three of out of four chess matches.
RSS Feed